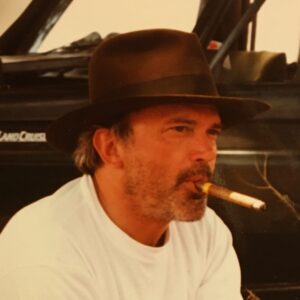 Guestbook In Lieu of Flowers Donate

George William Kline II passed away peacefully on May 31, 2018 after a long and courageous fight with Alzheimer’s Disease. Born July 5, 1949 in San Antonio, TX, he was preceded in death by his parents, Adelaide and Robert Walter Kline. George grew up on the westside of Fort Worth where he spent mornings on a bicycle delivering newspapers, summer afternoons playing golf and swimming at River Crest Country Club, and vacations with family in Tennessee and the Texas Hill Country. George attended Fort Worth Country Day where he earned All-Conference Honors in Soccer and Football, and served as the first President of the Student Body in Country Day’s first graduating Class of 1967. He then attended Menlo College on a soccer scholarship before completing a dual degree in Business and Economics at Austin College. George’s first job out of college was as a road manager for Kris Kristofferson, which he did for two years, traveling the world and spending time with one of the biggest musical artists of that time. A fourth generation Texan who lived in his cowboy boots, George eventually tired of the road and moved to Dallas to work in television for KERA on a new concept called Saturday Night Opry. The show would eventually move south and be rebranded as the famed Austin City Limits. However, George stayed behind and hung up the rock n’ roll life, as he had met a girl named Kristin Scheffey, and after their first date at a calf-roping competition, the two exchanged letters for months while Kristin worked in Dallas and George worked offshore, roughnecking for Zapata Petroleum. They were married within the year. After their wedding, George worked for a handful of advertising agencies until 1981, when he struck out on his own starting The George Kline Company with $200 in his pocket. For the next 20 years, George built a successful television production company indirectly employing hundreds of people, and raising three children: Amanda, Willie, and Luke. Following this, George worked in wealth management before his diagnosis in 2013.

George’s life was anything but boring; from his adventures in the Middle East, Africa, and other places around the world, to his numerous passions including music, art, and all things unusual. As many will attest, George was truly someone one never forgot. His warmth and humor and the way he made others around him feel was unparalleled, and it is manifest in the innumerable friendships he created over a life cut too short. He laughed constantly, loved deeply, and lived completely.

George is survived by his best friend, wife, and partner of 41 years, Kristin Scheffey Kline. George is also survived by his children and grandchildren – his daughter Amanda Kline Dyer, her husband Mark Dyer and their children Isabella and Jasper, his son Willie Kline, his wife Lydia Kline and their children Thomas, Russell, John, and his son Luke Kline. In addition, George is survived by his sister Adelaide Liedtke and her husband Bill Liedtke, his sister Freda Hamric and her husband Bobby Hamric, and his brother Bob Kline and his wife Karen Kline, as well as countless nieces and nephews. May his memory be forever upheld.