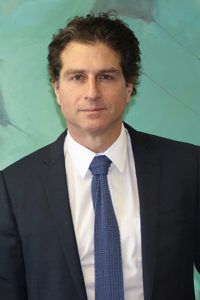 Influenced first by his experience in the lab of Nobel Prize laureate, Eric Kandel, and his clinical training with Richard Mayeux, a recognized leader of the largest multidisciplinary, population-based investigation of Alzheimer’s disease and related disorders, Dr. Small has devoted his career to investigating Alzheimer’s disease and related disorders of the hippocampus. In 2013, Dr. Small assumed the Directorship of the National Institute of Aging Alzheimer’s Disease Research Center (ADRC) at Columbia University. The ADRC has allowed him to expand his research focus, broaden his role in training and fostering a new wave of investigators in the crusade to end Alzheimer’s disease, and advocate for patients and their families living with this devastating disease.

With expertise in Alzheimer’s disease and cognitive aging, Dr. Small’s research focuses on the hippocampus, a circuit in the brain targeted by these and other disorders, notably schizophrenia. He has pioneered the development and application of high-resolution functional MRI techniques that can pinpoint parts of the hippocampus most affected by aging and disease. His lab then uses this information to try to identify causes of these disorders. Over the years, his lab has used this ‘top-down’ approach to isolate pathogenic mechanisms related to Alzheimer’s disease, cognitive aging, and schizophrenia. More recently, his lab has used this insight for drug discovery and to develop novel therapeutic interventions, some of which are currently being tested in patients.

Dr. Small has co-authored over 120 articles in peer-reviewed journals, including Science, Journal of Neuroscience, Neuron, and Nature Neuoroscience, and his neuroimaging and molecular work has led to 7 patents. Dr. Small is the recipient of numerous awards, including the Beeson Scholar Award in Aging Research from the American Federation on Aging, the McKnight Neuroscience of Brain Disorders Award, the Derek Denny-Brown Young Neurological Scholar Award from the American Neurological Association, and the Lamport Award for Excellence in Clinical Science Research from Columbia University.